Continuing with our romance theme for this month we have my good friend LD Rose with us today!!! I love this first date story! Love it!! 🙂 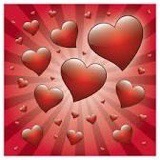 How I met my husband and our (unromantic) first date… by L.D. Rose

The moment my hubby-to-be walked through the door of the bagel shop I worked at, I was madly in love.

Or at least madly in lust.

At nineteen and on the prowl, work was the last place I wanted to meet men. Not only did I reek of onion bagels and cream cheese, but I wore a silly purple hat with dark circles under my eyes from being up early in the morning. I purposely volunteered to work the drive-thru every day so people wouldn’t have to stare at my tired ass for an extended period of time.

But when hubby strolled in at 5AM on a Saturday morning, my lips parted and my eyes damn near popped out of my head.

Tall. Dark. Gorgeous. Hazel eyes, tongue pierced, tattooed biceps, GOOD LAWD AND GOD DAMN. He’d come by for breakfast before he hit the gym. And I pretty much hid in a corner and gawked at him while my fellow coworkers took his order. 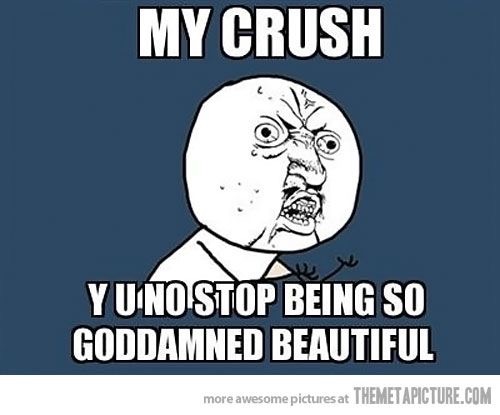 So imagine my surprise when I discovered I worked with his kid brother (whom I adored like my own brother, corrupting him every chance I had :P).

Of course, I gushed to kid brother about his stunning older sibling and he just laughed and rolled his eyes. I never thought he’d actually act on my squeals of admiration and set hubby-to-be and I up on a date.

When my phone rang one fated evening, hubby-to-be’s rich bass sounded on the other end and I wanted to DIE RIGHT THAR. He was asking me out on a date! I was terrified and thrilled to no end. A DATE WITH THIS GUY, holy shit! I had to slap myself to make sure I wasn’t dreaming (and I really did). 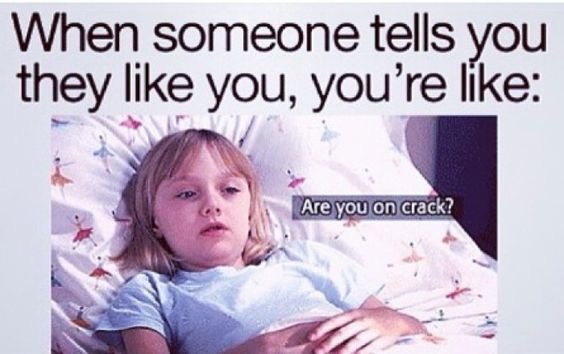 I met hubby-to-be at a beach town in RI on a gorgeous September evening. He worked at a photography studio at the time and we planned to head out for dinner once he was off. I didn’t know what we were having or where we were going–I just went along with it. I was too preoccupied with looking my best and hoping I didn’t utter anything stupid for the duration of the night.

Bad move number one: I was WAY overdressed. Hubby wore a casual sweater and jeans and I was dolled up to the nines. He found it entertaining, however I did not. Damn it, what a doofus.

Hubby is the kind of guy who knows how to strike up a conversation with anyone and can instantly put you at ease. He showed me around the studio and I couldn’t stop drooling over him, still unable to believe THIS GUY RIGHT HERE would actually date my goofy ass. I honestly can’t remember what I’d said to him, I was so nervous and just gestured randomly (and likely inappropriately). He kept smiling at me in amusement, and even though I felt so pathetic, I wanted to keep that smile planted on his handsome face.

He asked if I wanted to go for sushi. Um, sushi? What?! I’d never had sushi in my life and all I could think of was, “OMG, raw fish! YUCK.” But I was desperate to impress him so I agreed, cursing inwardly at what I was about to get myself into.

He knew the sushi chef and we sat at the bar, getting lots of free handouts—I was totally out of my comfort zone. My diet consisted of fast food, excessive booze, and way too much coffee. He asked me what I wanted to order and I had no idea. He was absolutely tickled that I’d never tried raw fish (OMG), so he ordered a colorful palette of rolls for us. Not bothering with the introductory California roll, he went straight for the throat with a Dragon roll and it looked absolutely terrifying. Although it tasted a little funny and had a very strange texture, it wasn’t too bad. Hey, I could handle this!

Of course, with hubby being a wise guy, he told me the wasabi was so delicious and I should spread tons of it on my sushi rolls. When I stuffed a giant wad of green paste into my mouth, he burst out laughing with that rich timbre (DAMN) and I wondered what the hell was so funny. When the burn hit my taste buds, my eyes watered and I sucked down two glasses of water in an instant. “Ha ha, very funny!” I said, wanting to DIE RIGHT THAR, although I couldn’t help but laugh. After all, I would’ve pulled the same stunt if I’d been in his position. 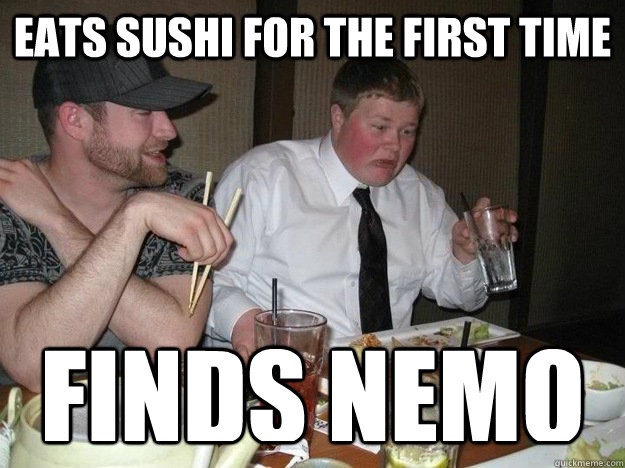 I offered to drive us down to the beach since my car was easily accessible and he agreed. I tried to focus on the road while he chatted away, his cologne drifting into my nostrils with the heat of the car. As my headlights cut around a curve, he shouted, “Look out!” and I responded with a “Huh?” and my front passenger tire hitched ever so slightly. He gaped at me and the stench of skunk rapidly infiltrated the car.

He cracked up, covering the lower half of his face with the collar of his sweater, finding it abso-freaking-lutely hilarious. I sat there, mortified, babbling my apologies and feeling awful for killing a poor innocent skunk. “What if it’s still alive? Maybe we should go back and check.”

He shook his head, grinning. “No, it’s definitely dead. You showed it no mercy.”

WAT, AHHH. I drove back around and checked. No mercy, indeed. 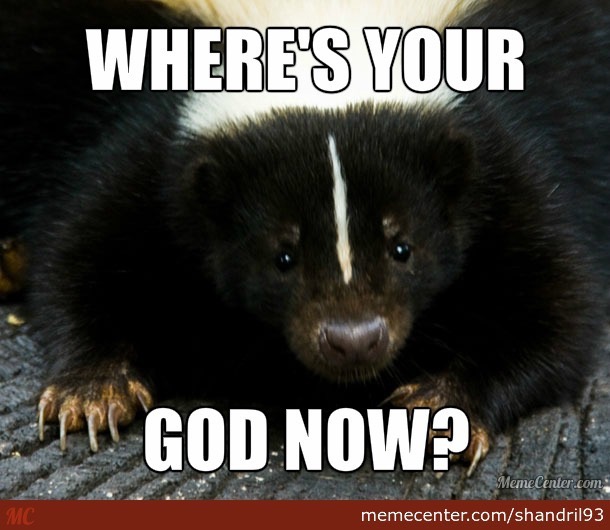 Although I felt like a complete idiot, he talked me down from my self-deprecation. Eventually, I moved on and we walked the ocean shore on that perfect night with moonlight reflecting over the serene water. He fell back into easy conversation and I tried to keep on track, wanting to punch myself in the face repeatedly. I screwed up and he probably never want to see my goofy ass again. Even after my not-so-smooth moves, hubby tried to make me feel comfortable and seemed generally interested in what I had to say. I kept thinking his kindness was all out of pity and I just wanted to crawl under a rock and be FOREVER ALONE.

At the end of the night, he escorted me to my car, leaning back against it. We did that awkward shuffle couples do on their first dates, kiss or no kiss, kiss or no kiss, and I turned to leave. Why the hell would he want to kiss a skunk killer? When he grabbed my arm, pulled me close, and pressed his lips against mine, my brain emptied. It was sweet and sexy and it made me all tingly inside.

When he broke the kiss with a smile on his luscious lips, he murmured, “Good night.”

“Good night,” I blubbered, stupefied and a little slack-jawed.

I watched him leave, staring at his perfect ass, and he a tossed a grin over his shoulder. “Try not to run over any more skunks!” he cackled. I couldn’t help but laugh. What a man!

We went on a second a date. A third. We became lovers, best friends and soon we moved in together. Five years later, we married. And now, thirteen years after that ridiculous night, we’re still jabbing at each other (I’m now a jabbing expert), laughing at each other, and not taking life so seriously. We’re sushi snobs. We walk the beach with our beloved dog every chance we have. He still reminds me about that freaking skunk, the only creature I’ve ever committed vehicular homicide with. I don’t regret a single moment, wouldn’t change a thing (well, except maybe the skunk murder), and I’m blessed to have such an amazing, caring, and wonderful man in my life. Full disclosure, we don’t celebrate Valentine’s Day. Who needs it when–

–EVERY DAY IS VALENTINE’S DAY!

*explodes in a starburst of confetti corniness*

And you know what? I wouldn’t have it any other way. 😀 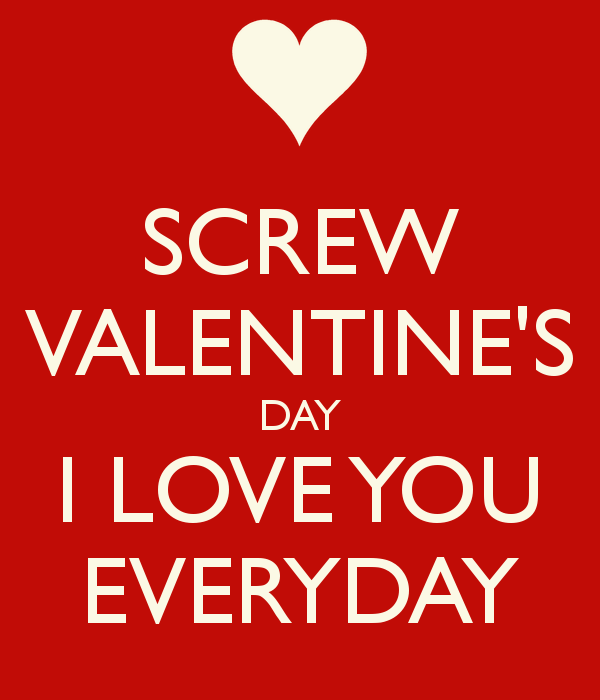 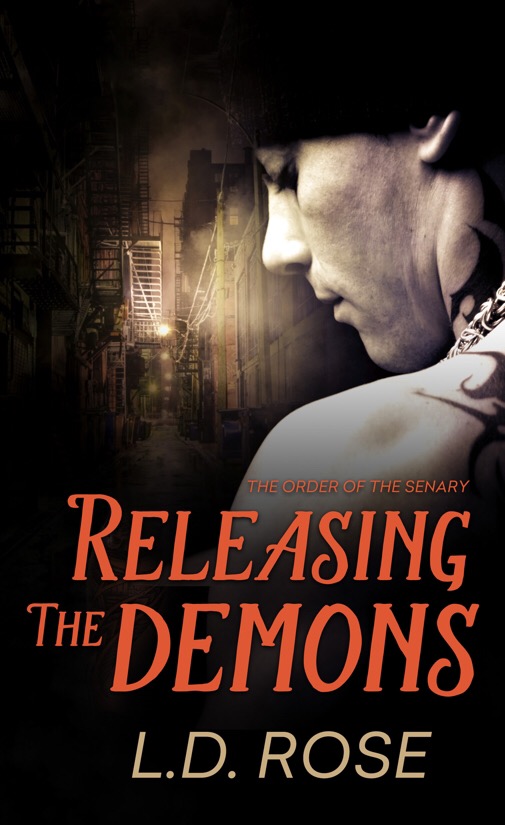 Blaze Knight has been through hell and back, but the nightmares aren’t over yet.

Five years after Blaze was maimed by Cyrus Chimola, a powerful vampire with a penchant for torture, he’s still trying to pick up the pieces of his shattered life. As a genetically engineered mercenary with the ability to bend fire to his will and to see in infrared, Blaze’s mission is to protect what’s left of humanity. When Chimola and his crew return to the Bronx gunning for Blaze’s blood, Blaze is forced to face the demons of his past. Hell-bent on revenge, he seeks the help of Valerie Medeiros, an NYPD detective who manages to steal his heart and save his life in more ways than one.

Motivated by her sister’s gruesome death, Valerie has made it her life’s goal to bury every vampire in the ground where they belong. When she brings in Blaze Knight for suspected murder, she discovers he’s not only innocent, he isn’t a man at all—he’s a half-vampire hybrid working with a band of brothers for the U.S. military. Valerie has a hard time trusting anything with fangs, yet she quickly falls headlong into Blaze’s life, a life full of darkness and horror she can’t even begin to fathom. The bodies are stacking up, but Valerie can’t seem to let go of this hybrid, a beautiful monster filled with pain, rage, and passion unlike anything she’s ever known.

In a world where the line between good and evil is blurred, Blaze and Valerie will find danger at every turn, risking everything they’ve come to know and love, including one another.

Hell-bent on revenge, Blaze is out to set the world on fire, and Valerie is the only one who can tame him. Will she pull him back from the brink or fall headlong into his dark past?

RELEASING THE DEMONS, a dark paranormal romance and the first novel in The Order of the Senary series.

“This is one blazing-hot read that shouldn’t be missed!” – InD’tale Magazine, November 2015

“I was hooked from the first word and I’m still reeling after the last one.” – Nerd Girl Official

“A beautiful love story which blooms out of pain and suffering.” – Travelogue of a Book Addict

“Brilliantly written, forever entertaining, and a world like no other.” – Us Girls and a Book

“This is an action packed paranormal romance not for the faint of heart.” – Paranormal Romance Authors That Rock

“A fast paced gritty story that leaves you breathless.” – Obsessed by Books

L.D. Rose is a neurotic physician by day, crazed writer by night, and all around wannabe superhero. She writes paranormal romance and urban fantasy, but she’s been known to delve into horror, sci-fi, and medical suspense on occasion. L.D. Rose is a member of the RWA, FF&P, NEC-RWA and CoLoNY. She currently lives in Rhode Island with her studly hubby, her hyperactive boxer, and her two devious cats.

Where to find her: