Today we have D.R. Grady and The Dragon Chronicles Book 1 with a sneak peek of Book 2 coming this December!! 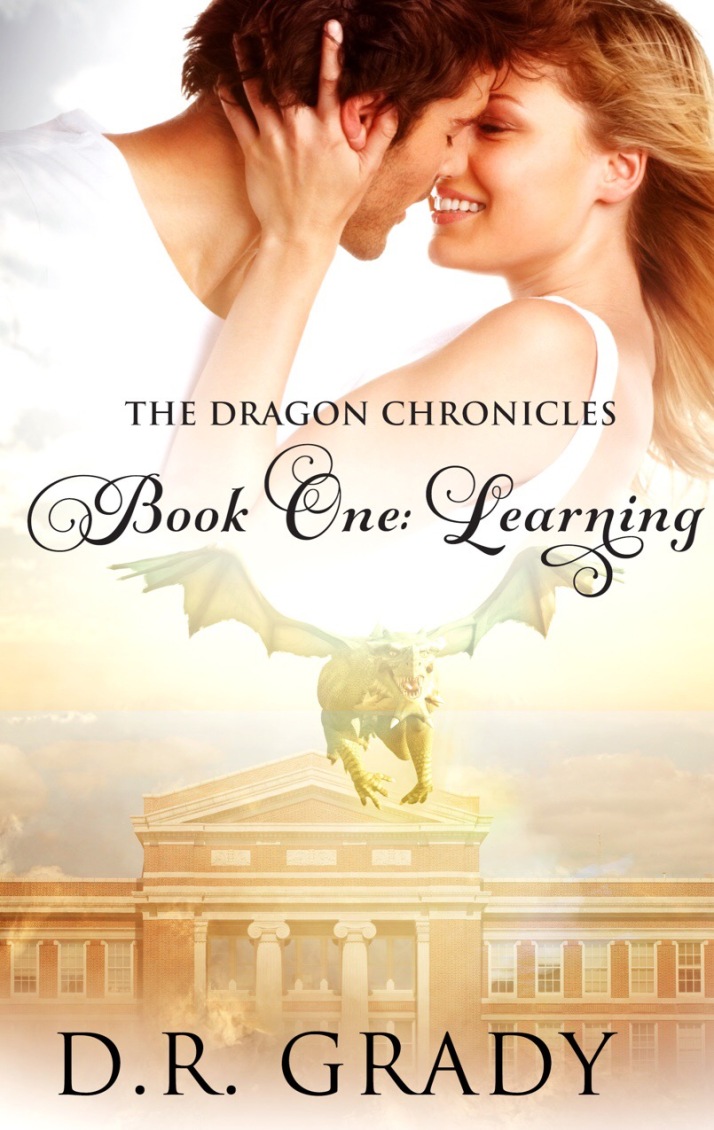 A carefree elf and a surly bear non-shifter have to unite to save the world. Too bad no one believes in dragons, until she turns into one under dire circumstances.

As they delve into the ancient Dragon Chronicles, tomes about dragons, it quickly becomes clear their efforts are no mere academic exercise. Dragons are suddenly becoming all too real. When Lindy shifts into one, Alex discovers he’s meant to control her dragon—the most powerful creature on earth. The pair is caught in the middle of two raging battles . . . their own personal emotional war and the war to save their world.

With the clock ticking, Lindy and Alex must surrender their misconceptions about themselves and dragons, and unite to begin the fight for their very existence.

Check out an excerpt:

“Was there a fire?” Keely brushed wayward curls from her cheek.

“Yes.” Alex’s eyes swept over Lindy, then dismissed her.

Keely gasped. “What caused it?”

“We think some fire elementals might be coming into their powers. Fortunately it was caught immediately and some water elementals managed to put it out.”

“When can we go back to bed?” An English professor whose name escaped her spoke up.

“In a few minutes.” Alex scribbled something on the bottom of the paper.

“Every wing is being checked by the fire department. They’ll give us the signal when they’re finished.” With those words, Phil nipped away, probably to finish his head counting.

The blanket swathed around Lindy slipped and with an absent air she caught it. Another section drooped, so she unwrapped the covering in order to wind the material more securely around her.

As her attention drifted to the heavy muscles of Alex’s chest, his eyes narrowed on her. Lindy actually turned around to see what he was scowling about.

No one else stood in his direct line of vision. She returned his ill-tempered frown. Fortunately, Keely snagged her attention with a question.

She hated having people mad at her, but this was different. What had happened in those first few seconds of their meeting to change his mind about her? The answer eluded her. Her fists curled.

Well, it’s not your problem, is it? She didn’t know what had happened, but her course of action remained the same—continue to avoid him.

Though she’d have to forget all about his yummy chest and those amazing arms.

Her mate, Hugh Blackwolfe doesn’t mind—but his pack sure does. Hugh is the strongest alpha on the east coast and the pack’s single females challenge Keely, forcing her to find a shifter willing to meet and win this challenge for her, so that she and Hugh can mate.

Keely’s dragon best friend, Lindy, with her controller and mate, Alex, also struggle with shifting. They must learn the nuances of how Lindy shifts, and soon.

After several random attacks, and with an unknown enemy gunning for all of them, time may be running out. As if Keely doesn’t already feel unworthy, the dragon appears to be calling everyone but her to her team of allies.

D.R. Grady lives with her husband near Hershey, PA. She adores chocolate, laughing, collecting bags, books, and shoes, and adores writing stories that resonate with others.