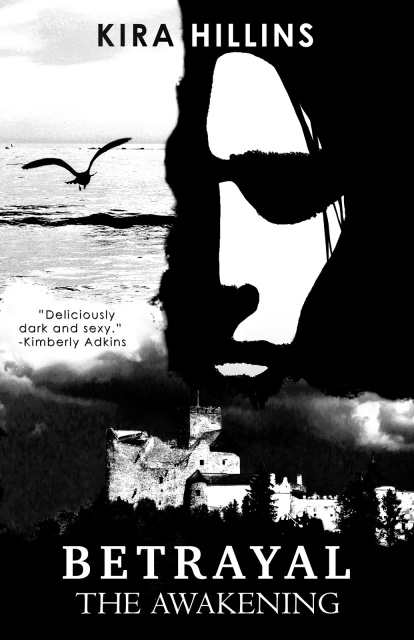 For over four-hundred years Tristan Ashfield has waited for a cure for the ailment that chains him to the night. Like a vampire he’s lived off human blood, hunted and killed to stay alive, hoping one day a female would be born with a rare blood that would give him back his humanity. But Madeline, a woman he cared for long ago, has waited for the same prophecy to come to pass. When the search for mortality becomes a race, Tristan finds himself caught in a moral dilemma. Love the one who will save him? Or kill her to save his mortal soul?

As a child Anna Holden worshiped the ground he walked on, believing in his existence as a vampire until the day he left her. Her bitterness grew over the years, leading her to believe he was nothing but a con. Now, to fulfill the dying wish of her father, she’s on a quest to find his whereabouts and help him discover a cure she knew nothing about. Falling in love with him was not what she’d planned. But who was she to mess with destiny?

“In some of the old horror movies, a vampire turns into a bat.” Embarrassed for making such a silly comment, she took another salty bite of pork. “I mean, you obviously don’t turn into a bat to fly. But, maybe you have wings that nobody can see.”

He rested his elbows on the tabletop. Anna was glad to see him get comfortable for once while they carry on a meaningful conversation. “Mac believed that I am a vampire. I assure you that I cannot morph into creatures. I cannot make someone immortal with a bite. I am but one man with an eternal illness.”

“Your skin burns in daylight. Do you think, if you stood out in it long enough, you would turn to ash? Do you think a stake through the heart would kill you?”

“Would a stake through your heart kill you?” A curious expression flooded his face, as if color blended through his pale skin, but only for a moment, and then it was gone. He clasped his hands together. “I am immortal as I sit here with you, but death is uncertain. I imagine the sun against my skin, I imagine a stake through my heart, and I imagine a fall from the highest cliff might indeed bring an end to my soul. But I have not tried, nor have I dared to dream of my death since I made the promise to watch over you.”

His voice was gentle as he said his heartfelt words. Tears sprouted in her eyes. Her stomach growled for more food, but she refused to eat now. His words opened her eyes to his darkness, just enough to notice the struggle within him.

“I apologize for saying such things to you.” He lifted his hand to her face, but then returned it to the table.

She wiped away her tears. “Do you feel pain?” she asked, sniffling.

“I feel what any normal man feels, sorrow, pain, and…love.”

Love? The warmth in her face grew. “Can you…you know…love?”

Tristan cocked his head to the side as if he searched for reasoning behind her question. Then with an arch of his brows, she could tell he understood.

“Though I struggle with the darkness within, my body is made of skin, bone and muscle. Although different than mortal men, blood still pumps through my veins. I cannot explain it any other way.”

Thinking of him joining her in bed sent a jolt of electricity through her. To feel his arms around her, caressing her beneath the warm blankets, it would be just as she’d always imagined—beautiful.

Kira writes to create a fantasy world in which to exist until she’s beamed back to her home world of Oregon. Or until Superman rings her doorbell and asks her to fly away with him on an adventure that may, or may not, include the Tardis. Wherever she lands, writing will always be her passion.