I have found several promos for you! Click on the pictures to link to some great books!!

I adored this book. It was so captivating from the moment I began reading to when I finished. I read it in 2 sittings only because I had to go to work in between or I wouldn’t have put it down.

Snow Dust and Boneshine by Grendolyn Peach Soleil was incredible. The only reason why I didn’t mind it ending was because of the promise there may be a book 2.

It follows the life of Fawna a little girl with some great powers up until adulthood. There’s romance, intrigue and lots of magic. Its very well written, so much so, I could feel the cold bitter wind as I read about it. The characters are beautifully written and I could see it playing out as a movie as I read.

I highly recommend picking this one up. 5 ⭐️⭐️⭐️⭐️⭐️ all the way in this one.

Thank you aquintillion reads for allowing me to review this book.

Mistletoe Kisses and Christmas Wishes by Allyson Abbot is our spotlight today for this Christmas Day!! What a great way to spend an evening after a big family meal by getting cozy next to the fireplace with this read!

There’s something so special about a Christmas Kiss.
And when it’s your first?
Never underestimate the power of that kiss! 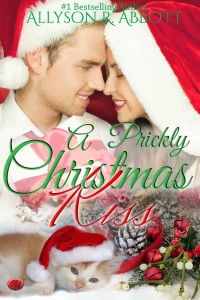 Emma Louise Fallon, aka Elf, has two wishes for Christmas. Having spent the last few months bragging about her latest boyfriend, who’s turned out to be a womanizing cheat, one, she needs to escape her well-meaning family, and, two, she needs to avoid all men while she’s in a man-hating mode.

But stranded in a cold isolated cabin,when her girlfriend is forced to bail out on their vacation plans, Elf makesone more desperate wish: Can she please learn how to build a fire before she freezes to death?

The solo rustic life is becoming all too much for her. She’s convinced that a stray cat, who has decided to keep her company, has magical powers, that the local shop owners are secretly Mr. and Mrs. Claus, and nothing can stop her from laughing when the hot local Martian -come cop – come veterinarian – introduces himself as Rudi.

Will Elf need to break her rule about staying away from men, and rely on this hunk for helping her start a fire? Or, worse, yet, will she be able to control the fire that Rudi’s ignited in her?
❆❆❆❆❆❆❆❆❆❆❆❆❆❆❆❆❆❆❆❆❆❆❆❆❆❆❆❆❆❆

Seventeen-year-old Jason Matthews made a wish when he’d shared a kiss with Katherine Conlin under the mistletoe at Dragonfly Pointe, fourteen years ago. Now an Air Force Captain and wounded warrior, he awakens in the hospital in Germany, where his dreams have been invaded by the girl from his past.

Once he returns home to the states, Jason discovers that approaching Kat might be a little more difficult than he’d thought, since she’s been in a long term relationship for nearly two years.

But another year later, when Jason learns Kat is on her way to the Dragonfly Pointe Inn for the Christmas holidays, without her boyfriend, he seizes the chance to be reacquainted.

Kat had been expecting a proposal this Christmas, and when her boyfriend backs out, yet again, on the carefully laid plans that she’s made for them, Kat realizes she probably wouldn’t be happy with him anyway.

Kat has often wondered what happened to Jason Matthews, the boy she’d made a wish with years ago, and the last thing she expects is to run into him again at the Dragonfly Pointe Inn.

Will there still be that special Christmas magic between them, to make those long ago wishes come true?

Allyson R. Abbott: Goodbye, Hello became a #1 international bestselling book in 2015 and a total of five books have received glowing 5 star reviews from The Readers Favorite Editorial Book Reviewers, earning a hefty collection of 5 Star seals. Allyson also has a bestselling nonfiction book called How to Write a Simple Book Review, which has accumulated over 50-5 star reviews.

Want To Connect With Allyson & Tamara??

Today we have Tamed By Christmas by Ryan Jo Summers. This story is part of the Soul Mate Publishing’s Sizzle in the Snow anthology, that features eight different stories in one book.

Years ago Paige and Shane experienced a tragic event in their
romance. Unable to move past it, they broke up. Yet the passion
remains, and she returns at Christmas time in an attempt to
rekindle the love she and Shane once shared. It’s a rocky road,
and it seems they might not succeed until a freak accident shows
them what they really have to lose.
Can Shane tame Paige’s heart by Christmas? Or should they just
let those still burning flames slowly die.
Excerpt:
“Do you think we can still find a room or a cabin this late? I think I’d prefer going somewhere in Colorado. Aspen or Denver maybe.”
His face lit up as a smile touched his eyes. Gripping her hand, he squeezed gently. “I’ll check as soon as we get home. There’s bound to still be something.”
She pulled back. “Shane, I have to share something first, to be totally honest with you.”
“Uh oh.” He released her hand and leaned back, crossing one leg over the other, waiting. Again, his expression caused her heart to skip a couple beats. That baleful look he did so well.
She fiddled with her coat hem, trying to find the right words.
“Just try what comes to mind, Paige. It’s bound to be the most accurate.”
She drew in a breath, laced with cold air. “Sometimes I feel like we’re only lying to each other.”
His brows arched in twin peaks of surprise. “Excuse me?”
“I mean that our relationship is based on those lies. Like all we can do right is make love and there’s nothing solid beyond that.”
He shook his head. “I’m not following you.”
She fiddled with the hem again until he stopped her, resting his hand over hers. She wondered how he could feel so warm when she was so cold inside.
“Not actual verbal lies, I mean more to ourselves in thinking we even have a real relationship, beyond the sex.”
“Ah, I got you now.” He nodded, withdrawing his hand, leaving her even colder. His baleful look deepened, causing a chill to slide up Paige’s spine.
“Sometimes I feel as though there’s this wall between us. It’s real big. And I try but can’t figure out how to get over that wall.”
Her heart plummeted and she gave a mirthless laugh. “Lies and walls.” She held his gaze for a moment, licking her lips. “Are we really just kidding ourselves here, Shane?”
Buy it here:
https://www.amazon.com/Sizzle-Snow-Soul-Christmas-Collection-ebook/dp/B0186SCT74/ref=asap_bc?ie=UTF8
Other featured authors and their stories include:

Ryan Jo Summers is a North Carolina author who specializes in writing romances with a twist. Love stories blended with inspirational, paranormal, suspense or time travel–or several at once. She also writes non-fiction for regional periodicals. Ryan’s dad is a songwriter and his aunt wrote poetry so she claims she came by her writing skill honestly. Apparently it’s in the genes.
Her hobbies include bird-watching, houseplants (50 ish and growing), poetry and yard work. She loves to gather with friends, hike in the forest with her dog, paint ceramics and canvas and work on wiggly word find puzzles. She lives in a 1920 cottage with a menagerie of pets. Living in the mountains, she dreams of the shore and frequently uses the water as scenes for her stories.
WEBSITE: www.ryanjosummers.com   BLOG: http://www.summersrye. wordpress.comm
FB:  www.facebook.com/pages/Ryan- Jo-Summers-author-page/ 312875648810797
TWITTER:        https://twitter.com/ RyanJoSummers
Follow Angela Scavone on WordPress.com