SOUL OF A DEMON 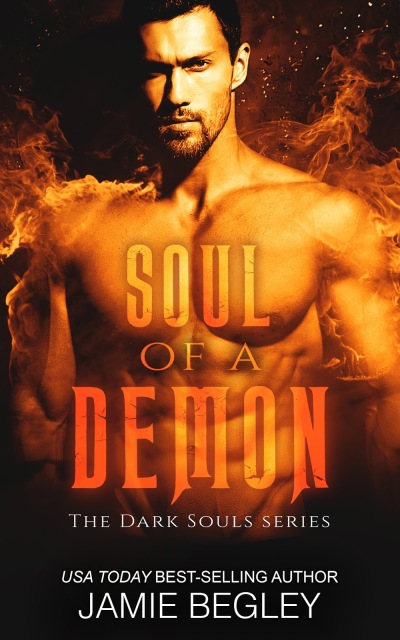 To appreciate the light, you must first live in darkness…

Hades has been alone for so long that seeing Grimm’s newest acquisition for him has him making several mistakes with Zerina.

The beautiful daughter of Fate should have never been let inside his domain. He should have thrown her out the first time she lifted her lovely gaze to his. He didn’t.

That was my first mistake.

The second was when I touched her.

As the king of the Underworld, I have that right, don’t I?

Not according to her.

That was my third mistake. I should have never let her speak.

The mistakes just keep coming, one after the other, until I make the biggest mistake of all.

I fall in love.

Refusing to beg him to let her leave, she then realized she just had when she had thought of it. She ran her fingers through her hair, trying to block her thoughts from him.

She then felt him behind her before he touched her, taking her wrists and pulling her hands away from her hair.

“There is no way to block your thoughts from me.”

Being so close to him, and his touch on her wrists, had her biting back a moan.

Jerking away, she went to sit on her bed, then decided that was the last place she wanted to be with Hades so close. She went back to the table, placing it between them. “If you’re not going to let me go, then you can go.”

She didn’t have time to react before he transported himself to her side, jerking her to him.

The heat of his body had her nipples pebbling under her sweater as her breasts were crushed against his chest. She refused to look away from his furious expression.

“I can bring you to your knees with a single thought. Don’t tempt me to prove it to you by allowing yourself to continue your charade that I don’t affect you. I can make you do anything I want. Things your virgin body hasn’t even dreamed are possible.”

“You can force me to do many things.” She made herself stand still, ignoring the growing wetness between her thighs. “But even a god can be hurt,” she cooed, licking her bottom lip suggestively as she jerked her knee upward, forcing Hades to release her as he doubled over in pain.

She didn’t run, knowing her door was locked. Bravely, she simply waited for Hades to straighten, staring at him defiantly as he took a limping step toward her.

“You just made a mistake you’re going to regret.” With a wave of his hand, Zerina found herself being transported. She closed her eyes to combat the feeling of vertigo as his power surrounded her. When she felt ground under her once again, she opened her eyes.

Even Mother heard the screams that came from the bowels of the earth, causing the heavens to weep along with her. 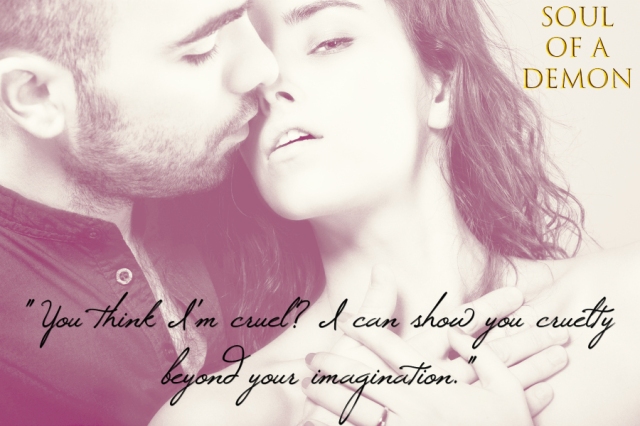 Soul Of A Man

On Sale Now for #99cents

Cara, a powerful Moirae, finds herself stranded on Earth made human by an enemy of her mother, Fate. Lost and alone, she is forced to accept the reluctant help of Jericho Hawk. Jericho is determined not to become involved with Cara, even as their sexual attraction for each other cannot keep them apart. When Cara’s Cousin Grimm appears and proves Cara’s crazy stories are actually true, he must overcome the horrors her mother is responsible for to gain an eternity with the woman he has come to love.

Soul Of A Woman

How can you save someone who doesn’t want to be saved?

For Broni, being stranded on Earth was not the worst possible thing that could happen. Given the opportunity to finally meet Rhys Stone, she decides to take what she can get with what time she has left before her enemies find her.

Rhys is forced to live again by a woman who doesn’t understand the word no, and has no shame in offering him anything he wants. She thinks she can make him love again, make him into the man he once was. It was a battle doomed to failure until Fate steps in showing him that if Broni doesn’t survive, no one will… 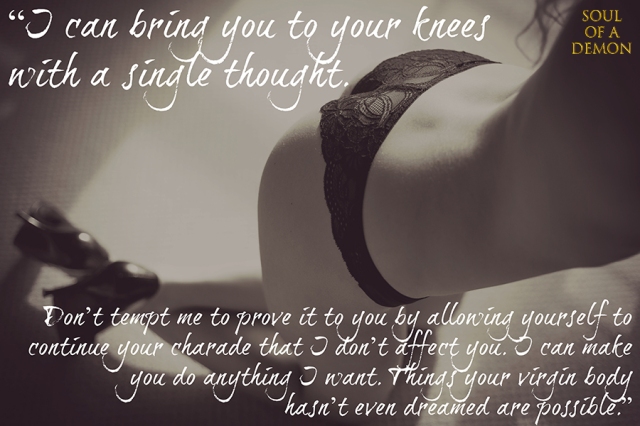