Happy Valentine’s Day everyone!! Today we have Tema Merback writing as Belle Ami and her book One More Time is Not Enough. It sounds amazing and I cannot wait to start reading!!

A romantic excerpt from my upcoming March release from Soul Mate Publishing entitled: One More Time is Not Enough. It doesn’t take place on Valentine’s Day, but it certainly could. 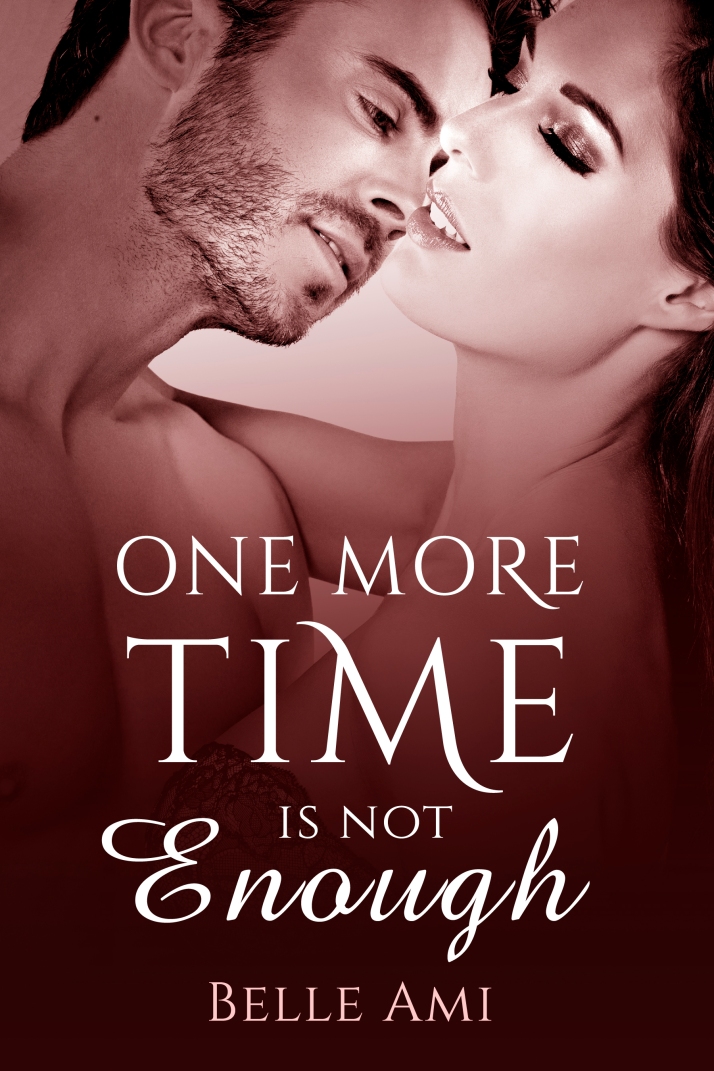 When Adelia, holding hands with her ex-husband walked through the dining room of One if by Land, Two if by Sea, they caused quite a stir. The New York gossip mill was known to keep close tabs on its A-list participants. Adelia had never really been a part of that world, however, Miles, despite his efforts to keep a low profile, was a favorite subject of their speculation. Those in the know could not help but be intrigued at this sighting in one of New York’s most romantic restaurants of a well-known man and his ex-wife holding hands. Her sexy attire only reinforced their curiosity. Miles could see that every man and woman in the room were in awe of the diamond collar that encircled Adelia’s neck. It amused him to think of what they would say if they knew its symbolism.

Adelia was oblivious to the stares that followed her and Miles. She was too busy feasting her senses with the charms of the brick walled bar and dining room of the 18th century carriage house. Of historical record was its ownership by Aaron Burr, once Vice-President of the United States, who was remembered most for having killed Alexander Hamilton, his rival, in a duel.

Chandeliers and wall sconces cast a soft glow on the elegant diners who sat at tables that were dressed in rich damask linens and adorned with sparkling crystal, and china. The melodic tones of a piano drifted from the bar, while the aroma of the finest ingredients, and their perfect preparation titillated the palette. Miles had reserved a corner booth that was upholstered in opulent claret colored velvet that backed up to a wood paneled staircase wall. The view from the table encompassed the intimate dining room and the ivy laden garden courtyard that lay beyond the glass French doors and dormer windows.

On the table a tall white candle flickered, accompanied by a vase of red roses finishing the romantic picture. Sitting side by side, Miles filled his eyes with the radiant beauty of the woman that he had fought so hard to win. He stole a rose from the floral arrangement on the table and placed it in her hair, behind her ear. His lips pressed hot on her ear as he smelled it. “A rose for a rose.”

Placing her hands on either side of his face, she kissed him. “My goodness, you may have to give up your day job in order to spend your time composing poetry to me.”

“I may have to give up my day job so that I can keep you barefoot and pregnant.”

Miles had never expressed the desire for more children. “Do you want another child?”

“With you, of course I do. What about you, don’t you want another one?”

“I’ve never thought about it, but, yes, I think I do. Fallyn and Liam are growing up so fast. I feel like time is slipping through our fingers like grains of sand.”

“Now who’s the poet. Then it’s decided.” His fingers beneath the table traced up her thigh. He touched her just enough to send a shiver down her spine. She closed her eyes.

“If you don’t stop touching me, and saying things like that, I won’t get through dinner.” she whispered.

“Why not?” A devilish smile curled his lips.

“Because it isn’t food I’ll be thinking about.” She pulled his hand away, shifting to adjust her dress.

BOOK BLURB: One More Time is Not Enough

Adelia Lindstrom Bremen seems to have it all: Wealth, beauty, perfect twin children, two men in love with her, and a career she loves. But, beneath the veneer of success and prosperity lies disappointment, tragedy, and unending lies. Her parents were murdered, her marriage ended in a custody battle, and she is swept up in a love triangle. Now she has discovered the existence of a half-sister who wants nothing to do with her.

The only thing that could make matters worse is if she were to become the target of a serial killer—that’s about to happen.

Tema Merback couldn’t be more excited to be given the opportunity to be published by Soul Mate Publishing: “Dreams do come true”.  As a mother and wife, she dedicated herself to her family and loved every minute of it. One day, like Sleeping Beauty, she awoke to find gourmet cooking and being a classical pianist wasn’t enough, she needed to reinvent herself. So, she brushed away the cobwebs and locked herself in a room and spent a year writing a historical novel which, low and behold, was a Finalist for a national book award. Her first author incarnation was born.

When she read Fifty Shades of Grey, her world tilted. Like a laser beam focusing on a target, she had found her passion: Sexy, steamy, romantic suspense. Hence came a second incarnation and a fitting nom de plume, Belle Ami. A quote that Belle considers her mantra is by Wilferd Peterson, “Success is focusing the full power of all you are on what you have a burning desire to achieve.”

She is a Kathryn McBride scholar of Bryn Mawr College in Pennsylvania. She lives in California with her husband, two children, three dogs, and horse.

How well do you really know the one you love? The One is a sexy suspense novel full of obsessive love, dark secrets, and unquenchable lust, Belle Ami’s The One proves that no one is quite who they seem.

Before the car sped away, Miles reached in to kiss her hand. His eyes were completely sober.

“I told you when we met that I am impulsive and that it has usually served me well. I knew the minute I saw you, Adelia, that you were the woman I wanted, the one. Nothing will change that!”

What happens when true love crosses the most sacred of lines? Now divorced, Adelia has begun a meaningful, amorous relationship with detective David Weiss. However, when new evidence emerges about the sudden, tragic death of her parents, Adelia must reconsider just how culpable Miles really was. As she pieces together the malicious plot that upended their marriage, can she also rekindle their steamy love?