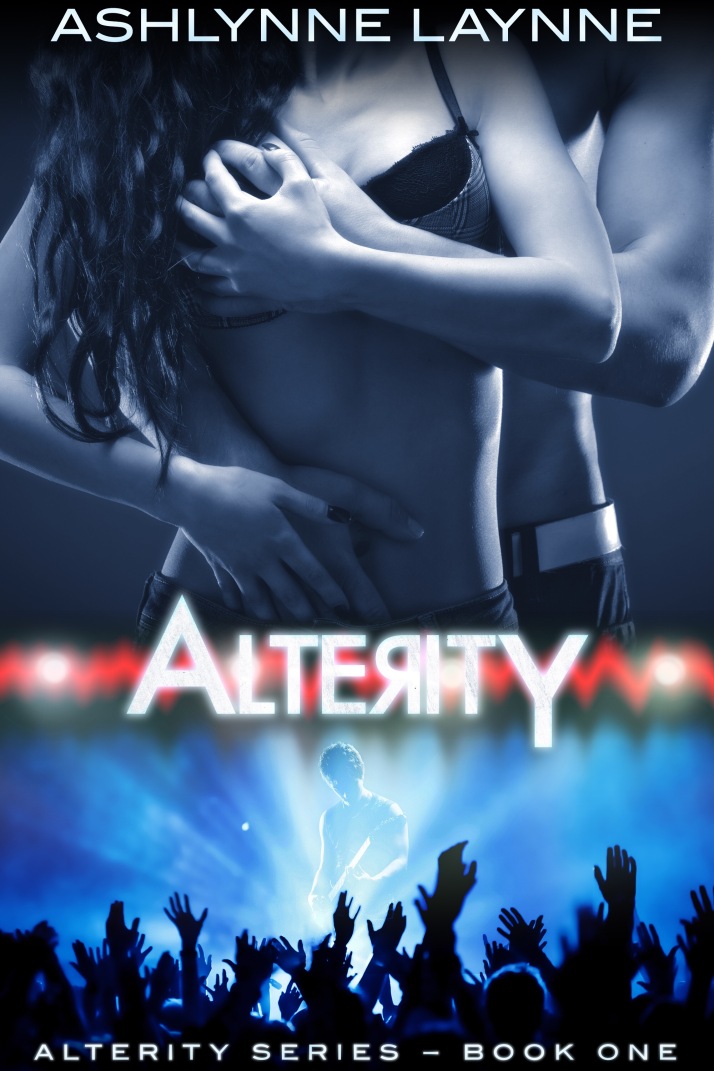 From the award-winning author of the Progeny Series, comes a different type of love story. Alterity is the first book in a rocker-based romance succession focusing on passion, love, and music.​​

A man struggling to gain his independence…​

Every aspect of Austin MacKenzie’s life is governed by a generations-old code instituted by his Scottish forefathers. But rather than be groomed to take over the family empire, he struggles to free himself from the bonds of an arranged marriage to a woman within Scottsdale’s societal circles.

A woman simply struggling to survive…​

Raised by a drug-addicted mother in one of the roughest parts of Phoenix, Liz Carlisle just wants a way out. A nursing student, she’s determined to make a difference and reach her ultimate goal of becoming a pediatric nurse.

With music as a common ground…

After a chance encounter at a band audition, Austin and Liz discover that they share a love of music. Despite their differences, an attraction forms that will alter their lives forever and rip their worlds apart.

“I want you, Liz.” He’d put it out into the universe, deciding he was no longer able to maintain a reasonable amount of distance. “I want you more than I want to draw my next breath. I can’t just be your friend anymore. My feelings go way deeper. Something’s happening between us. I know it’s only been a short time, but I can’t think straight. For the first time in my life, I’m free to imagine a future that’s so different from anything I’ve ever dreamed. I want you in that future.”

Speaking the truth, aloud, made things so much clearer.

Lifting her head from his beating heart, Liz made eye contact again, her gaze liquid and assessing. She placed his hand over her chest. “Can you feel that? This is what you do to me.”

Her heart thumped against his palm, beating in a rhythm that closely mimicked his own.

“I understand why we can’t make love, and I’m okay with waiting and taking things slow.” She paused, her stare tunneling deeper. “Just promise me that we’ll get there someday.”

“I promise.” He murmured, “Is breá liom tú,” against her lips, speaking the words he’d heard his father say to his mother hundreds of time. It was a tender term of endearment he didn’t speak lightly, because it meant he was surrendering a part of himself to Liz. The fact that he’d spoken it in the tongue of his Scottish ancestors meant much more.

And he did love her, more with each passing day.

A smile turned her lips up, her expression filled with wonder and confusion. “What did you just say?”

“I love you.” The weight of inevitability crushed Austin’s chest just as surely as the relief of full disclosure caused his heart to soar. He ran the knuckles of his hands up and down the curve of her neck, stopping at the beauty mark ornamenting the hollow of her throat. Nature had taken the time to mark the glowing patch of skin, so Austin figured it was worth the effort to give it a kiss. “God, I’m so crazy about you.”

Liz straddled his lap, her arms winding around him as she sobbed into his neck. “I love you, too, Texas.”

Austin crushed her to him, cherishing every inch of her skin with the pads of his fingertips. He was no longer in a state of alterity, because he’d unearthed that singular sense of contentment that only came from finding the other half of your soul. His heart was no longer lost because it was knitted to hers, his whole world existing right there in her arms. Their mouths joined, accepting and tasting one another and Austin was well aware that he was losing his way. Falling too hard. Feeling too much. Compromising everything he’d ever been told for one tiny moment. He felt the commotion of his chaotic life calm to a crawl with each soft caress of her lips. Liz was stripping him bare and he was bargaining eternity for the love of a raven-haired angel who was slowly taking him over.

Ashlynne writes on the edge and combines erotica and romance in sensual tales that always feature heroes with heart. A flexitarian, Ashlynne enjoys cooking vegetarian recipes that support a healthier lifestyle. In her spare time, she likes to read, watch crime shows, and spend time with her family. Ashlynne juggles the hats of wife, mother, full time employee and part-time writer, hoping to write exclusively in the future.

Ms. Laynne is an advocate of autism research and is always looking for projects to benefit the cause. She lives in the southern United States with her husband and son.
Ashlynne Stats

Book Boyfriends: Gideon Cross from the Crossfire Novels, James Fraser from the Outlander Series, Zsadist from the Black Dagger Brotherhood

About The Alterity Series

The Alterity Series is not your ordinary rocker romance succession, and Austin MacKenzie isn’t some caricature meant to epitomize the proverbial bad boy. His life is governed by a generations-old code that influences every facet of his existence. When he meets nursing student, Liz Carlisle, they rediscover mutual passions for music and a desire for one another.

This series is contemporary romance intended for adults and contains adult sensuality, language, and themes.

The Alterity Series is available exclusively on Amazon and can be read for free with a Kindle Unlimited subscription.

Dozens of Prizes. Visit the participating blogs (shown below) to comment for your contest entries.

If the Links to the Fall into Reading Posts do not appear below, please visit here for more featured authors: http://wp.me/p5p8oj-1qq