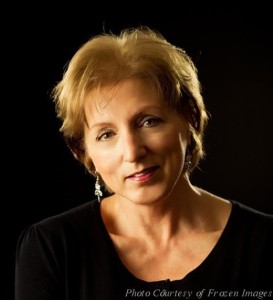 Blurb: For Kendall Martin, a small, remote village in Southwest Alaska seems like a good place to start over. On the run from an abusive relationship, she leaves everything familiar behind and begins a new life as owner of a small souvenir and sportsman trading post in picturesque Staamat.

Denn Nulo knows everyone in town: he’s the Chief of Police in Staamat. He’s lived there all his life, except for his college years, spent in Anchorage. Originally planning on practicing criminal law and living in Anchorage permanently, Denn is forced to change his plans when he receives word that his widowed mother has passed away, leaving his young sister, Luna, alone. Denn comes back to Staamat to care for Luna.

When Kendall meets Denn, she begins to believe there are truly good men in the world. Denn is everything she wants: strong, loving, dedicated to family, protective . . . and patient. There is instant attraction between them, but Kendall is leery of men, and Denn craves a serious relationship that includes marriage and children. Their courtship is a conflicting mix of hesitancy and passion, with Luna, desperately needing a mother figure in her life, cheering them on.

As Kendall learns how to trust again and her romance with Denn grows more intense, a local woman who’s had her eye on Denn for years releases a torrent of damaging jealousy . . . and the nightmare from Kendall’s past discovers where she’s hidden herself.
Excerpt:

“Ah, Christ. You’re killing me.” He fumbled for the nearest wall, propped her against it, and took her mouth hungrily. She fisted her hands in his hair, nipping his full bottom lip. The kiss went deeper, and she could have sobbed from the glory of it.
They broke apart, both panting. Kendall slowly unwound her legs and Denn loosened his hold, letting her slide down his body until her feet touched the floor. She felt every hard muscle along the way.
“Hell.” He sucked in a shaky breath. “I don’t want to leave you here.”
“I’ll be all right,” Kendall lied. She wanted him to stay, wanted him in her bed, all night, and then she wanted to awaken in the morning, safe in his arms. They’d known each other less than two months, and she wanted forever.
I must be crazed with lust. That’s the only explanation.
“You know, you don’t have to stay here alone.” He caressed her cheek as he gazed at her, still pressed intimately against her. “You could come home with me.”
“Eventually I have to live here, Denn. By myself. I have to get used to it,” she pointed out.
“But not tonight, okay? Come home with me, Kendall. Stay with me, tonight.”
“We’ll end up in bed together.” It was a question and a statement.
He slowly nodded. “Yeah.”
She whispered into his shirt, “We’ll end up making love.”
“I can just about guarantee it.”
Fascinated by the strong, steady pulse at the side of his neck, she shuddered to think of what lay ahead, if she said ‘yes.’ Most of the shudders were from excitement.
He waited patiently in her dimly lit store while she battled inner demons he might never understand or be able to accept.
“Kendall . . .” His voice held a rough plea.
She took a deep breath and raised her eyes to his. “I should pack a few things.” She hesitated, and took the final plunge. “I’ll need my contact lens case, too.”
His smile, wide and happy, blinded her. “I can wait.”